The close season is going to be hectic. United have made the qualifying round of the Champions League but largely by default because Liverpool and Spurs were poorer. They have added huge potential in wide midfield in Memphis Depay and now need at least a central midfielder and a striker who can guarantee 20 goals. They could at a pinch manage in defence but ideally you would like to see at least a right back and a reliable central defender. So that is five players, all of whom have to be quality recruits. There is doubt over De Gea and that needs to be resolved swiftly.

The manager is very clear about his philosophy and it is built on the possession game. In the second half of the season United have enjoyed the lion’s share of possession even against opponents like Arsenal who are traditionally strong in that area. The problem has been that the possession has not been converted into scoring opportunities and consequently United lost games by a sucker punch to teams which were overwhelmed in possession terms. Chelsea and West Brom come to mind. At the really crucial point of the season when it looked as if second place was on and even Chelsea could be put under pressure United lost three games which you would have backed the Ferguson teams to win. This was partly because of the loss of Carrick. Daley Blind is a decent deputy but hasn’t the Englishman’s ability to control a game. Thus the possession game only works if you are able to release your forwards quickly enough into scoring positions and provided those forwards are good enough and fit enough to capitalise. Thus the priority has to be that extra controlling midfielder and that exceptional attacker.
Those two recruits (in addition to Depay) should guarantee a title challenge but Plan A for ultimate success next season may well be determined by the additional acquisition of the other two and the retention of De Gea or an adequate replacement, which could be Valdes if he can reprise his Barcelona exploits. Plan B is that there is the possibility, as is so often the case with United, of a sudden improvement from a young player which will fill one of those two voids. The most likely are Wilson and Blackett. If A and B do not materialise in their entirety the team will probably fall just short but the building blocks will be in place for LVG’s third (and possibly last) season.
For more great analysis and no punches pulled from Clive Hindle try the BOOK:
ONLY ONE UNITED – CLICK HERE

One fan’s view of how a humble football team from northern England eclipsed all its rivals and ended the last millennium as the most famous club in the world.

From death at Munich in 1958 to the defeat of Chelsea in Moscow half a century later, this is the story of Manchester United. The great players gallop through these pages like thoroughbreds – Duncan Edwards, Georgie Best, Eric Cantona, David Beckham, Cristiano Ronaldo – they are all there with the three knights, Sir Matt Busby, Sir Bobby Charlton and Sir Alex Ferguson, and his successor Louis Van Gaal. And when it comes to the leveraged Glazer takeover the author pulls no punches at all but tells it how it is.

This book is no mere football discography, this is not about a timeline of events, no, this is a passionate account with sharp observations and opinion that doesn’t involve fences and sitting.

“It’s the greatest thrill that you’ve ever seen,
They are known as a soccer machine.
They are the best, there is no doubt,
So raise a cheer and give a shout.” 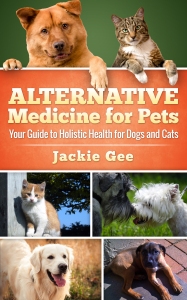 As human beings we are looking for new ways of addressing healthcare issues; methods that are effective, safe, cheaper and better for our long term health. This book aims to enlighten your about the growing number of ways you can take your fury best friend the alternative route with you from homeopathy, herbal treatments, acupuncture, flower therapy, touch therapy and diet.

From tick and flea control, anxiety, cancer, allergies, chest infections, Cushing disease, periodontal problems, diabetes and Heartworm we look at ways you can address these issues with confidence and peace of mind without resorting to harsh and unpleasant chemical treatments that may damage long terms health and be very costly.

I also take a look at your pet’s diet and how allergies and food intolerances may be affecting the health of your pet, plus which dietary supplements can boost your pet’s health.

I brooch the controversial subject of vaccines and their dangers suggesting viable alternatives.

A must read guide with essential advice to get you on the road to treating your pet holistically to give your friend the best chance of a long healthy life.
http://www.amazon.com/dp/B00Y1FP3MK

GEMINI – The Astrology and Numerology of THE TWINS 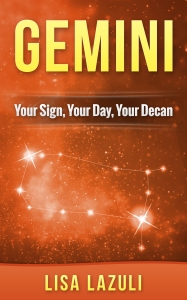 The most definitive guide to GEMINI ever and the PERFECT gift for your Gemini loved one.
Treat yourself to this cracking good read that will reveal talents, potentials, demons, personality and much, much more.

A tantalising personality reveal for Gemini and those looking for a in-depth insight into the characteristics of The Twins.

The DECANS are explained, casting light on why Gemini can be very different to other Gemini.

A fascinating insight on how Gemini gets on with the other 11 star signs emotionally and sexually.

There is a personality reading for each day from May 21- June 20 of Gemini, nailing your personality right down to a tee.

Next of Sin – in Kindle and Paperback